All CS local events – whether citizen-focussed projects, cross-government networks or discovery events like this one – aim to make civil servants more skilled, so they can be even more effective in their current and future roles. The Land Registry’s Steve Field, who is a member of the CS Local steering group, explained to the audience of 70 colleagues how discovery sessions link to policy, saying he wanted the attendees to take the knowledge gained from this session and apply it back in the workplace.

That chance could come sooner than the attendees thought. Sue Harper, a project manager in HM Revenue Customs (HMRC), said that her department currently have 200 project manager vacancies, and that’s the view of only one local department. After explaining the basics and aims of project management, Sue began the interactive part of the session, which proved to be very popular with the audience. The attendees were split into groups and given the task of ‘project managing’ the planning of a holiday in 20 minutes. A twist was thrown in around halfway through the task; facilitators gave each team new information which meant that they had to rethink their plans and change them, though another 15 minutes were allowed. 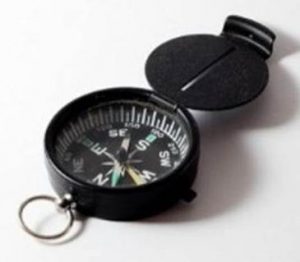 At the end of the task, each team explained how they had weighed the risks and benefits of the holidays they had planned, and how they had responded to the new information they had been given. One team had planned a skiing trip to Norway, with risks that included costs and benefits including learning to ski, but had to come up with a new plan when they were told that an ash cloud had grounded all flights to the country. A re-think saw them plan to head off to Austria instead, supplementing the slopes with a trip to a Christmas market.

Sue explained that the exercise was to give everyone a taste of being a project manager, the main learning points being team-working,  planning and  identifying and responding to risks. She then spoke about how to get a job in the profession, the different roles available and the range of projects that exist. The attendees went away with plenty of food for thought, and the possibility of a new career beckoning.

Mike Cheshire from the Department for Work and Pensions organised the event. He thought it went well, especially the interactive section. He faced a challenge in finding a suitable, available venue, but deploying his project management skills he found HM Prison Kirkham, which he said was ideal.

I spoke to some of the attendees to gain their insights into the event. Melanie Shipstone from HM Passport Office said she particularly enjoyed the interactive section, and she thought it was interesting that despite the groups all having the same brief, the results were very different.

HMRC’s Viv Shone is currently a project leader, and she was interested to learn about the current vacancies for project managers as that could enable her to progress her career in the profession.

For myself, I really enjoyed attending and reporting on this event. It gave me a greater insight into the world of project management and, by talking to colleagues in different departments, an insight into the wider Civil Service.