Hopefully you are excited and not too terrified,

said a smiling Jayne Krol, who leads on Cross Government Networks for Civil Service Local. Nervous laughter rippled around the room, given Jayne’s earlier comment about there being neither script nor process for the task ahead. The civil servants were there to plan their project on developing year 12 students from All Saints Catholic High School in Kirkby on Merseyside. They were quickly being given an insight into the CS Local way of doing things - and so was I.

Jayne outlined the parameters of the project: six weeks to cover the breadth of roles within the Civil Service, career paths, competencies and mock interviews – all to give the students a flavour of the modern Civil Service, and to help prepare them for the world of work generally. That was the ‘what’ and the ‘when’. The ‘how’ was entirely up to the team.

You can’t plan to the nth degree because you don’t know what’s going to happen.

Now, I’m a planner – in fact, I do like to plan to the nth degree, typical Capricorn that I am. But I was reminded of the words of the Duke of Wellington; “No plan survives contact with the enemy.” In other words, have a plan, but be prepared to rip it up when circumstances change. Think on your feet. Not an attitude that some would ascribe to civil servants, perhaps, but as Civil Service Local aims to prove, we have the skills to pull it off.

Play to those strengths - Think differently. 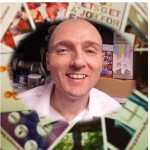 The project team members were then left to their own devices, with phrases such as ‘make it interactive’, ‘make it fun’, and ‘challenge yourselves’ ringing in their ears. With only this one short session before meeting the students for the first time the following week, the team got straight into planning the project.

Project leader David Glencross from Her Majesty's Revenue and Customs (HMRC) invited ideas from the group, who quickly evaluated them and adopted the best ones as I scribbled feverishly on my pad (confession: my short-hand’s not great). It was swiftly decided that the make-up of each session would only be decided after the previous one had finished, to learn any lessons and prevent the dreaded over-planning.

Katie Ratcliffe from the Department for Work and Pensions said she would use her departmental contacts to arrange for the students to visit a Job Centre-Plus site in Liverpool city centre, while David promised likewise for an HMRC office. The team then decided they would take the students on a walking tour to show them the variety of Civil Service offices in a large city. I was impressed by the quality of ideas raised and the clarity of thinking shown. Then, having agreed an outline plan, the team members swapped contact details and went back to their ‘day’ jobs.

As for me, it was a quick bite to eat while reviewing my notes, then I was off to cover the next event with thoughts of being flexible, creative and inventive swirling around my head.

This is the Civil Service – but not as you know it.