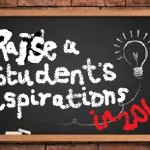 On the morning of  18 July, myself and two volunteers travelled to Byker Primary School in Newcastle to deliver a workshop with some of the Year 6 students. Having had regular contact with the schools in the previous weeks, together we created a programme that suited the wants and needs of not only the teachers, but the student’s as well, and we were all very enthusiastic to get started. Having arrived at the beginning of the school day, we were greeted by 5 bright eyed 10 year olds. The day we planned incorporated basic employability skills building activities, some of the topics the students covered in recent lessons, as well as some fun activities to get everyone on their feet and moving.

As we were asked to deliver the workshop over a full day, we focused the morning on Interview Preparation, and the afternoon on Handling Wages. The morning started by the students picking from a selection of jobs which they’d like to do for the day, they were then tasked to collect related objects remembered from a memory list, they also had to identify what qualifications/requirements that job could have, as well as the qualities you might need to excel in the role. During this, they also had a job application form to fill out for the interviews quickly approaching. The next activity planned was by far the most interesting of the day, two of the students volunteered to dress as a good and bad interview. 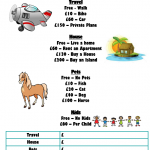 After break the interviews were upon us, the job applications previously filled out came back to act as a prompt for the student being interviewed. Having knocked on the door, and shaken hands with the two ‘interviewers’, the students then talked through some possible interview questions. All the students had a giggle watching their friends shaking hands and having to act ‘grown up’, until it was their turn that is. 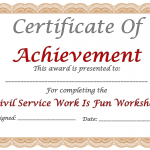 During lunch we prepared for the afternoon session. The students spent some time looking at different lifestyle options; do you want a house or your own island, a bike or 3 private planes etc, and as you can imagine we had some big spenders in the room, but little did they know it would come back to haunt them later on. The students then spent the next hour doing some different work related activities, doctors rebuilt Simon the Skeleton, teachers marked work and assigned homework, and Actors wrote and performed a play. At the end of the ‘month’ the students got paid. Quickly they discovered their wages didn’t quite cover the thousands of pound they spent on their 27 houses and 94 cars! Incorporating some maths skills, the students learned a little about tax and the importance of having a savings account, but most importantly to not spend more than what you have.

The children left, somewhat exhausted (nowhere near as exhausted as us volunteers however), but all having learned valuable employability lessons that aren’t often embedded until a much older age.

I really enjoyed planning the workshop and liaising with the school, I found it challenging but was an incredibly opportunity to push my boundaries. Organising, creating resources, applying for volunteers and visiting the school in advance all resulted in feeling like id accomplished something great at the end of the day, and I’d do the whole thing again in a heartbeat. I would encourage any Civil Servant interested in getting involved to take a Development Day and volunteer for the Work is Fun programme – I have no doubt that you’ll have a truly unforgettable experience!

I took part because this seemed a perfect opportunity do something different, and I’ve long had an interest in working in schools/education. I have a particular interest (now that I’m a parent of two) in the subject of ‘Making Work Fun’, and of teaching children the value of working and of money. I think events like this are an excellent opportunity to ‘step outside the box’, and also maybe appreciate a much bigger (Public Service) picture.

The morning’s highlights for me included teaching the children to offer a handshake before their interview, then during the interview asking the kids to bring their qualifications (certificates they’d earned from the days previous activities). The afternoon highlight personally was when the children received their new found wages, then worked out how much money they had left, or not as maybe the case, when you’ve bought 5 cars, an island, and 2 horses!

The children used a wide variety of subjects and skills throughout the day such as Maths, English, memory tests and team work. It was lovely to see the pupil’s confidence grow throughout the day but most importantly they seemed to enjoy the activities and were able to start relating school subjects to the world of work.

It was a really worthwhile experience and I look forward to taking part in this event again next year. I would strongly encourage anybody to take part as it is great for personal and professional development; it helps develop leadership and communication skills. On a personal level, it brings great satisfaction to work with the younger generation and hopefully play a part in helping them gain experience and knowledge to progress in later life.

If you would like to further explore what other/ similar opportunities that may be available, you can use the Civil Service Local blog site, or contact the CS Local team and ask about Work Is Fun.