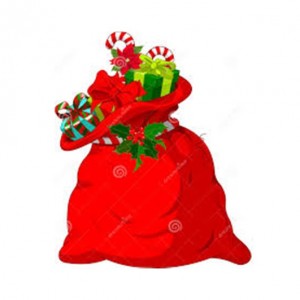 Last November I received an email from Richard Hill at HM Revenue and Customs explaining that he was launching the Civil Service Secret Santa for the West Midlands. The main beneficiaries in the Birmingham area are The Big Issue and Anawim, a centre in Birmingham supporting vulnerable women. In addition, we could now donate suits and business wear to an initiative called 'Suited for Success' which is run by Birmingham Foodbank.

Richard explained that last year the civil service collected just over £3,000 worth of goods for the homeless in the Birmingham and West Midlands area. The challenge was to beat last year's collection! We were given a deadline of 10 December for the items to be collected.

Considering the deadline was just under three weeks we had a very good response. I received a cabinet full of goods, which could just about close. I am now skilled in condensing, squashing and packing items to fit into the space that we have. Many of the items received are brand new and barely worn. We even had some scarves knitted especially for this campaign.

We did not get many suits, hopefully next year we will have more notice and we will be able to top what we donated this year.

When 10 December arrived we were told that they have had so many things donated that they were unable to collect our items and asked if we could keep our things on hold until January.

The items have now been collected and donated to a charity called Fair Homes  which is a hostel based in Handsworth. This hostel houses some extremely vulnerable individuals who have virtually nothing and are in great need.

They were very happy with the collection they received from Highways England and would like to keep in touch with us.