Civil servants from across the North West and beyond recently got together to learn more about devolution in a special discovery session organised by CS Local.

Devolution is the transfer of powers from central government in London to other parts of the UK, originally including the Scottish Parliament and Welsh Assembly but now extended across the UK. 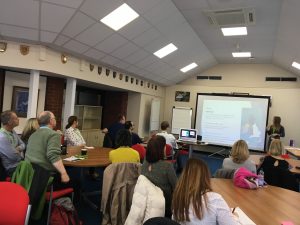 The session explained the history of devolution and the challenges it poses for the Civil Service such as the transfer of some additional benefit payment powers to Scotland.

English devolution was another major topic with discussion of the powers now given to elected mayors, in areas such as Greater Manchester and Merseyside, as part of the government’s ‘devolution deal’. These powers include transport planning, employment pilots and taking steps to counteract the so-called “north-south divide”.

The session was very well received with Sandra Coats, from the Scottish Devolution Programme,who are based at Peel Park, Blackpool, saying: “We first took part in CS Local with the Changing Horizons project, which helped around 700 schoolchildren in Blackpool.”

“As we were really impressed, myself and a colleague signed up for the Network magazine which told us about forthcoming events, including this one. Until today, I had no idea that so many things were now devolved in England and the powers (that) mayors now have in their own areas or regions.”

Jackie Southcombe, from HMRC added: “This was a really good event and I would recommend it to others. It was well delivered and removed my fears about devolution.”

You can find out more on devolution at gov.uk/devolutionandyou, there are also learning modules available on Civil Service Learning.