Sometimes events come together that really highlight what we strive to achieve in CS Local. This event carried a powerful message about the Civil Service wanting and needing to become the most inclusive working environment. It also showed how powerful a tool our Academies are in building capability.

In July, an event to raise awareness of underrepresentation of BAME staff in the Civil Service and Senior Civil Service (SCS) came to Manchester. Breaking Down Barriers for BAME (Black, Asian and Minority Ethnic) was hosted by The Merchants, an eight-strong cross-government team who formed during the Civil Service Local Leadership Academy North West 2017’s ‘Future Leaders’ programme. The meeting room holding the event was full to capacity with a diverse audience of staff from at least ten different Civil Service departments and members of diversity staff networks including RISE (Racial Inclusion & Striving for Equality) and PCS Black. 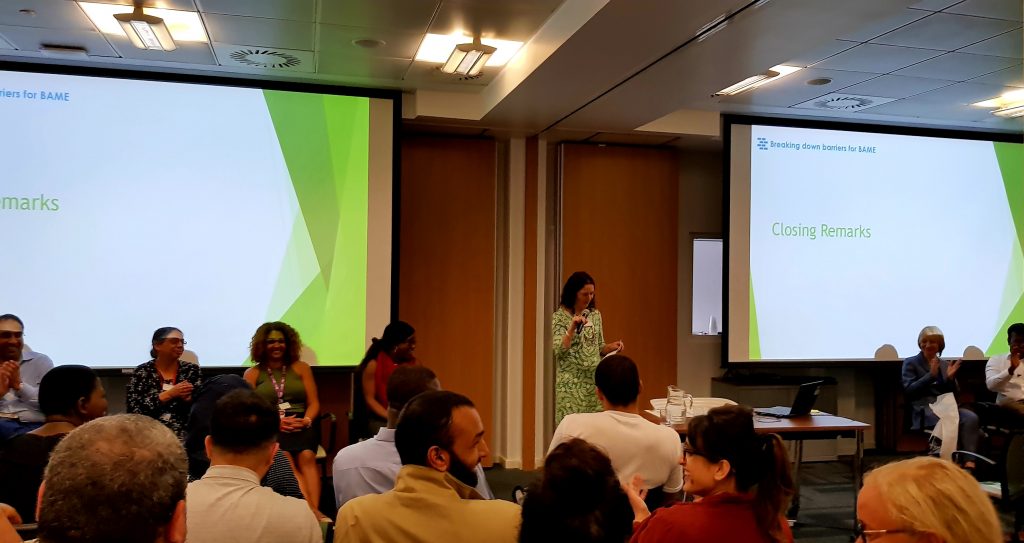 Team member Sasha explained that the group conceived the event at the Academy in response to her own experiences of a lack of racial diversity in some areas of the Civil Service. After investigating further The Merchants found that while upwards of 11% of the UK population is Black, Asian and Minority Ethnic, the SCS is notable for having just 7% BAME staff. The team therefore organised the event to help recognise this gap in representation at a senior level, celebrate success and offer inspiration to Civil Servants from ethnic minority backgrounds to help break down any barriers to career progression they may face.

John Manzoni, Chief Executive of the Civil Service, recorded a special video for the event to advise that representation is increasing year-on-year to ensure staff “feel as included as we’d like them to be” and advised that the Civil Service is aiming to be the most inclusive employer in the UK by 2020. John added that there are a number of initiatives in place to help leaders understand what it takes to ensure an inclusive environment, such as him personally chairing a Diversity Taskforce focusing on such matters as encouraging internal candidates to keep looking for promotion, providing mentoring opportunities, and working strategically to attract minorities into the Civil Service at all levels. 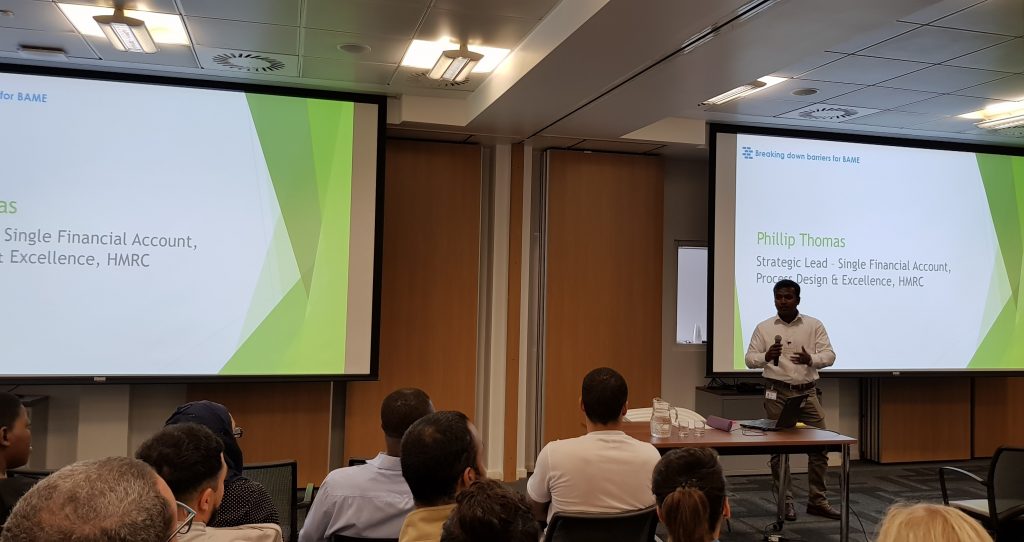 The Merchants’ Alison explained how they have come a long way since starting the project, with each team member’s talents emerging ever more as time went on. She reported that while they initially needed their expert coaches to lead them their confidence quickly grew and three of the team even received job promotions within the first six months of the project.

From audience interaction on the day and early feedback – including one guest who said it had been “inspirational” and by far the best session of its kind they had attended – the event appeared to be a great success. Katie advised The Merchants will be carefully tracking feedback going forward and said she encourages those who attended to tell them about their progress both implementing change and reporting on progress in their business areas.

Bernadette Thompson, Diversity Consultant for the Home Office and co-Chair of the Race to the Top G6/G7 network, may have best summed up the energy of the day when she told the audience in her speech:

“Anyone can start a movement – Sasha and the Merchants did. You don’t have to be Barack Obama – everyone can inspire someone. If you inspire someone, that, to me, automatically makes you a leader.”

To find out how you your business area can take steps to improve diversity and inclusion, contact Civil Service Local North West’s Inclusion team at colin.connor@hmrc.gsi.gov.uk or sarah.scott-legal@hmrc.gsi.gov.uk.