Earlier this year the BIS Multi Faith Group embarked on an ambitious venture to create a cross departmental series of events highlighting different festivals in Christianity, Islam and Judaism.

Saeed Kidwai from BIS tells us about the events.

We began with Easter, with Krish Raval and Dr Bilal Hassam, highlighting the Easter message of hope for the world and the importance of hope in all religions. Krish spoke about making assumptions and the need to go beyond the label to the person underneath. He related how, in Northern Ireland, he had once been asked whether he was ‘a Catholic Hindu or a Protestant Hindu’ because those were the labels that applied in that society. This meeting marked a beautiful start for our series of events as it brought together those of different ethnicities, faith and no faith alike.

This led onto our second event, ‘Spring Cleaning for the Body, Mind and Soul’ by Rabbi Jacob Barr who is a qualified psychotherapist. He highlighted the meaning behind Passover, whilst also highlighting the importance of mindfulness. To make this point and much to the delight of the audience, he gave everyone a packet of raisins. Firstly, he told them to eat it in a normal manner, as you can imagine, it was consumed without a second’s thought. Secondly, he told us just to look at the raisin. Observe the texture; lick it slightly to taste its sweetness. Sniff it, to understand its smell. He then told us to put it in our mouth and hold onto it for a few minutes. After we swallowed it, he highlighted his point - we live in a world where everything is happening at a hundred miles an hour, whether it is work, family or any other aspect of life and we sometimes need to slow down, and show mindfulness and appreciation for the situation that we are in. 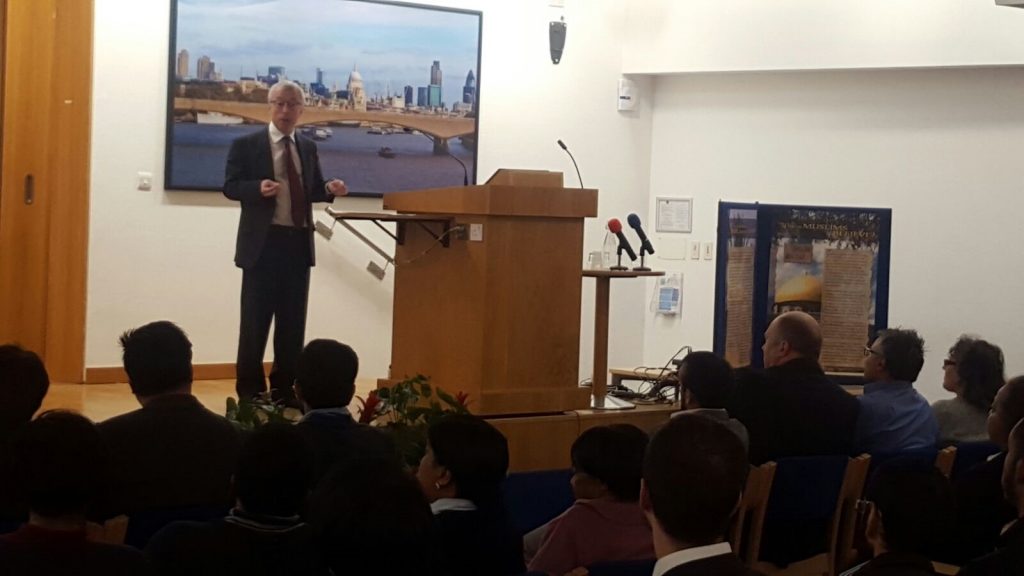 With Ramadan upon us, we held our final event of the series - What is Ramadan? The purpose of this event was to highlight what Ramadan is about, where it came from and also to provide advice for those managing Muslims (given the 18+ hour fasts). Martin Donnelly, the BIS Permanent Secretary kicked off the event by highlighting how valuable diversity is within BIS, and how often religion is kept quiet within the working environment. He highlighted as a Catholic, fasting is also a part of his faith and joked that Lent was slightly more open than Ramadan. He then gave way to Asim Hafeez, who is currently the Director of Career Transitions at the Home Office. He opened his talk by posing the question, ‘Why do Muslims fast?’ Aside from the health benefits, he highlighted that Ramadan is a month to test our patience. A month which aims to improve Muslims physically, spiritually and mentally. He highlighted that it’s the struggle of fasting 19 hours a day, the struggle of not eating and the struggle of maintaining good character despite not eating that helps purify Muslims across the month of Ramadan and increase God-consciousness. The second session went on to discuss the practicalities of fasting in the workplace. In particular that Muslims should discuss and come to a flexible working arrangement with their managers rather than expect it as a given. He provided an insight into his previous experience of advising the UK Border Force at Heathrow Terminal 3 and G4S at the 2012 Olympics on how to support Muslim staff members who were fasting. Finally, he concluded that a fasting member of staff should not be an imposition on non-fasting staff. And staff not fasting should feel no guilt at all for eating in front of them which is something that can often occur.

Overall, this series was hugely successful as it built relationships between different races and religions in the workplace, but more importantly, it gave exposure to different opinions whilst also bringing religious discussion into the workplace, something which has been very rare in my short time in the Civil Service.