Sixty-five days ago, CS Local Scotland was launched at the ‘A Brilliant Civil Service in Action’ event in Glasgow. It has been quite a journey, and I have learnt a lot along the way too, including BLUF (thanks Richie Ireland!). 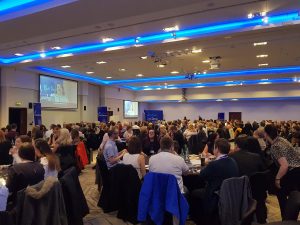 Since then, I have been overwhelmed with the support I have received and the open invitations to understand the current business challenges, get to grips with the Civil Servant landscape in Scotland, and speak to literally thousands of you to spread the word and hear your thoughts on ideas on priorities to consider.

For those of you that I have met, you will no doubt be aware of the statistic of 43000 Civil Servants in Scotland, and 43 different Departments or Agencies and the fact that 50% of those are not in the Central Belt - so I have a bit of a challenge on my hands. 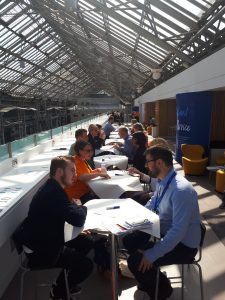 And on the horizon:

So, plenty still to do. Over the next few weeks I plan to scope out some of the areas where there are gaps and where I need people to support me and the various strands of activity we are looking to launch in the not too distant future - this can be alongside your core role in a variety of ways, watch this space!

However, back to m 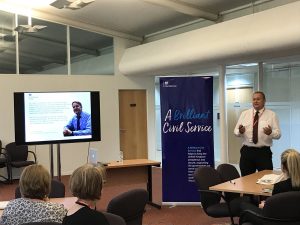 y learning point for this week. I know my BLUF (Bottom Line Up Front) should have come up front but hey, nobody is perfect - where I do need support is reaching out to get messages out into Departments, the best way to do this will be through existing Internal Communications leads - therefore, if you are an Internal Communications lead for your Department in Scotland, or you know who they are, please get in touch with me (andrew.crich@cabinetoffice.gov.uk). I can’t reach 43000 Civil Servants alone - this is where I really do need your help just now.

Those of you that are taking leave in the next few weeks as the summer holidays are upon us enjoy the break, and look forward to seeing you soon.